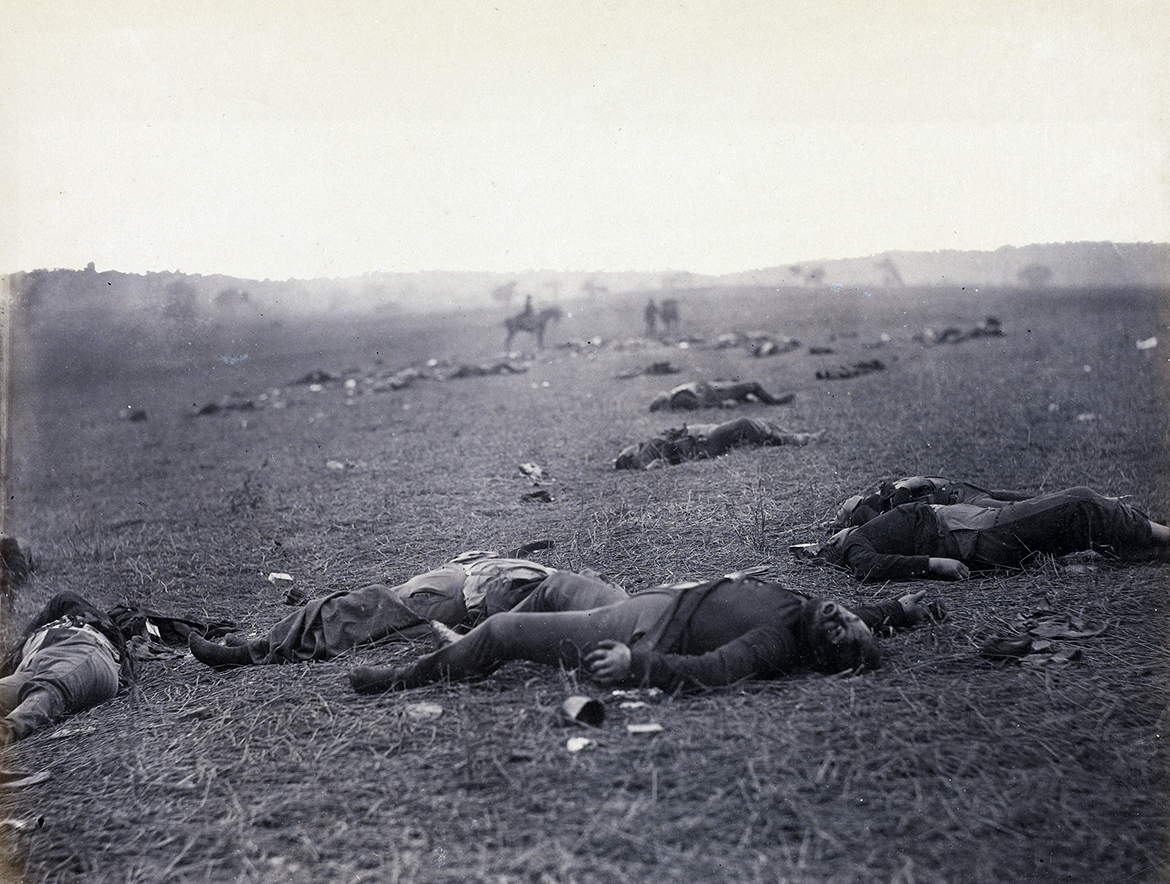 Gettysburg Licensed Battlefield Guides Garry Adelman (left) and Tim Smith (right) are our hosts for the Harvest of Death Series. This photograph was taken south of the Chambersburg Pike on the first day’s battlefield.The Chambersburg Pike and the bridge over the Railroad Cut on Reynolds Avenue can be seen in the right background. This view was taken facing northwest in August of 2016.

Garry Adelman is the Director of History and Education for the Civil War Trust. He earned his B.A. in business from Michigan State University and his M.A. in history at Shippensburg University of Pennsylvania. He is the award-winning author, co-author or editor of Gettysburg in 3-D (2013) Antietam in 3-D (2012), Manassas Battlefields Then & Now (2011), The Civil War 150 (2011) Antietam: Then & Now (2005), The Myth of Little Round Top (2003), The Early Gettysburg Battlefield (2001), Little Round Top: A Detailed Tour Guide (2000), and Devil’s Den: A History and Guide (1997) as well as nine Civil War image booklets. He has published articles in Civil War Times, Civil War Monitor, Gettysburg Magazine, Civil War News, Hallowed Ground and others. He has conceived and drafted the text for wayside exhibits at eight battlefields, has given thousands of battlefield tours at some 50 sites and has lectured at hundreds of locations across the country including the National Archives and the Smithsonian. He has appeared as a speaker on the BBC, C-Span, Pennsylvania Cable Network, American Heroes Channel, and on HISTORY where he was a chief consultant and talking head on the Emmy Award-winning show Gettysburg (2011) and Blood and Glory: The Civil War in Color (2015). He is a founder and longtime vice president of the Center for Civil War Photography and is a Licensed Battlefield Guide at Gettysburg. If you’d like to see more from Garry, be sure to visit his Facebook page.This view was taken in August of 2016 on East Cemetery Hill.
The location for Videos #32-33 in this series are shown on this map (Video #1-31 were shown in previous posts). Previous posts in the Harvest of Death series can be found here.This map was created in a chair facing east on April 15, 2017.
In Video #32 Garry further examines the proposed first day site advanced by John Cummings, originally examined by Garry and Tim in Part 11 of this series.This video was taken in September of 2016. 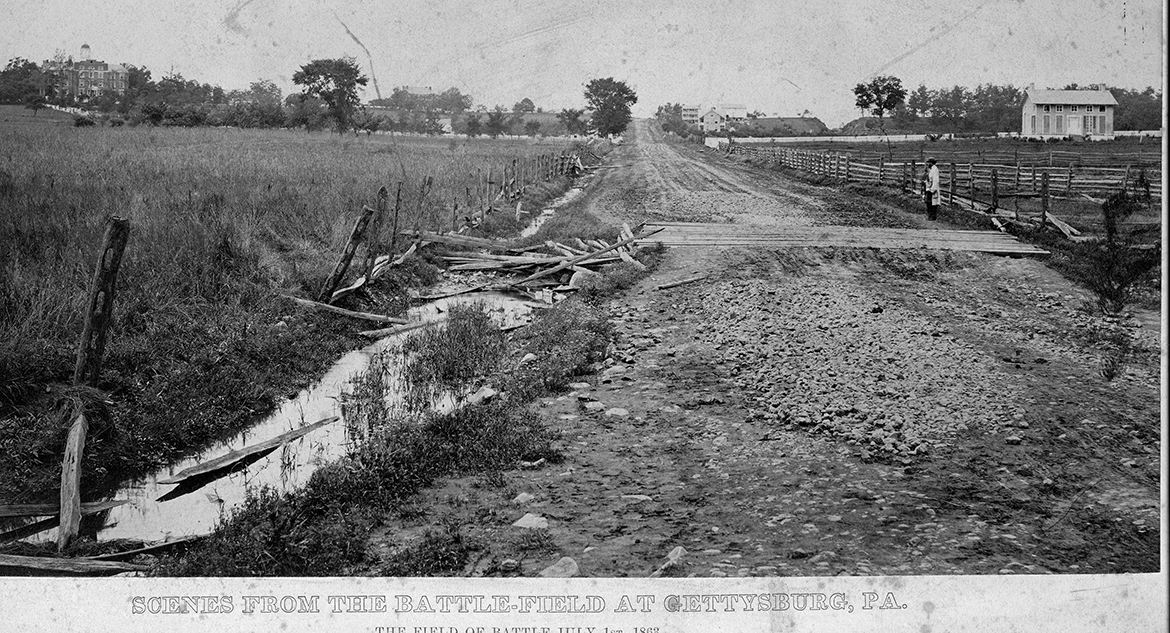 The Frederick Gutekunst view looking northwest on the Chambersburg Pike toward Seminary Ridge.According to William A. Frassanito’s Early Photography at Gettysburg, the man shown in the right of the photograph is Gutekunst’s assistant, J. Marshall. This view was taken circa July 12, 1863 by Frederick Gutekunst. 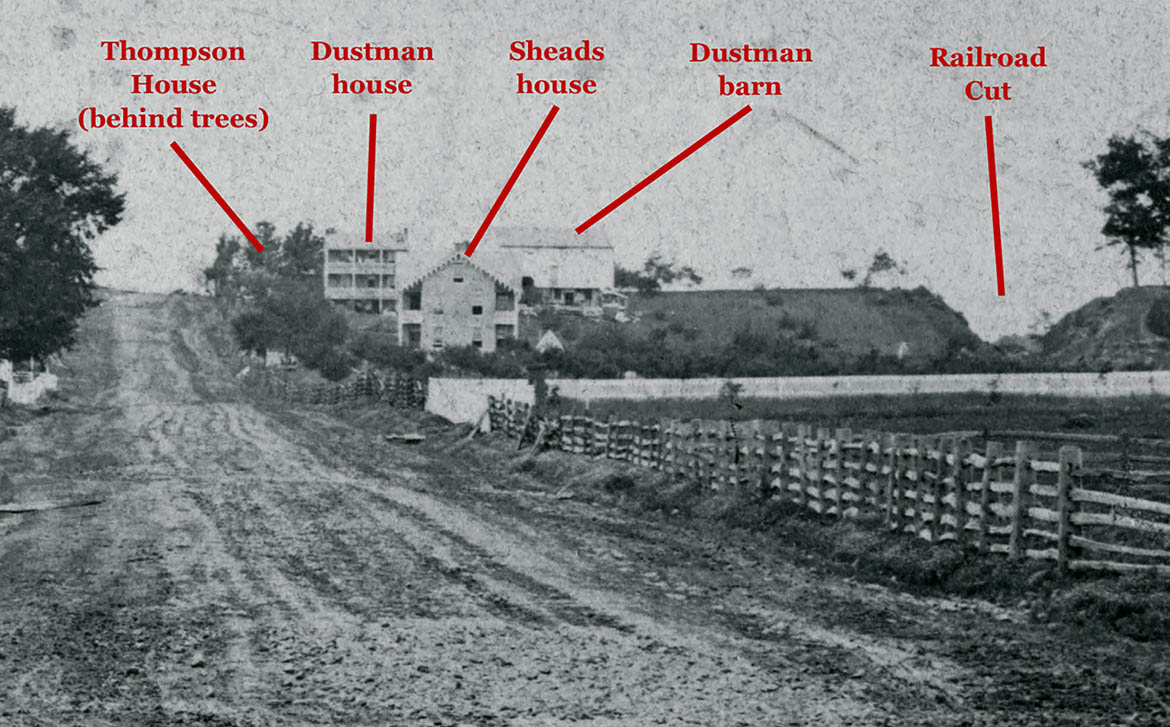 A detail of the previous view labeling the structures that are present in the right background of the photograph along Seminary Ridge.This detail of the previous image was provided by Garry Adelman.
In Video #33 Garry demonstrates why trees overhanging a structure should remain in the same position, even if photographed from different angles.This video was taken in August of 2016. 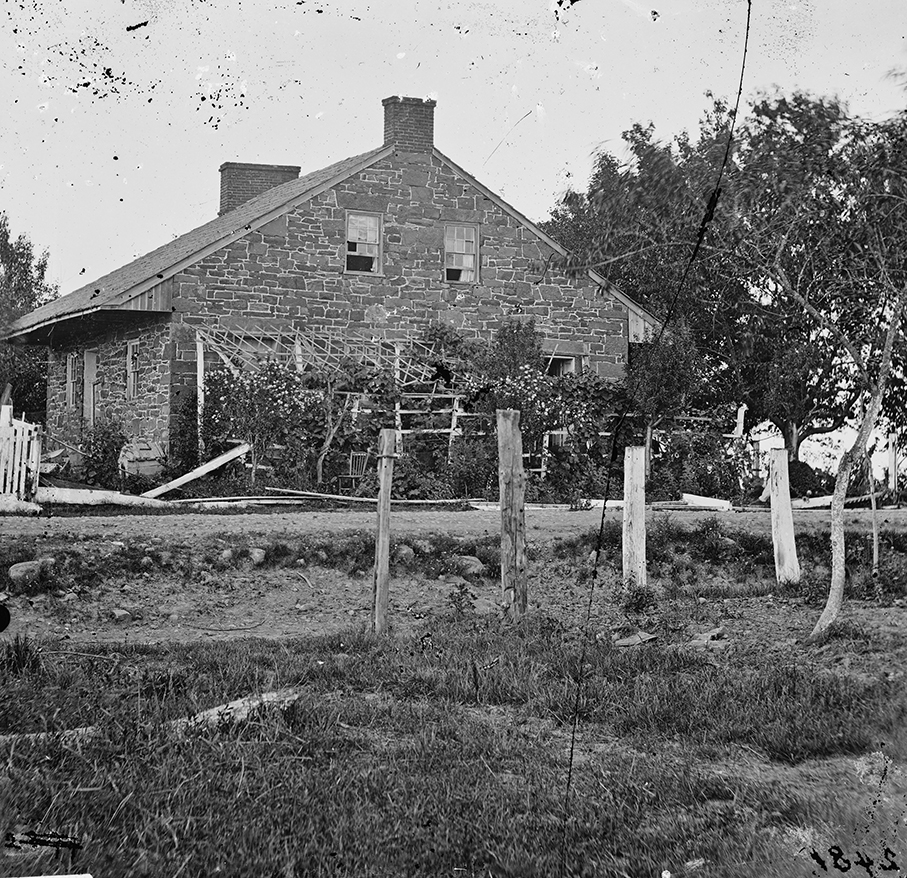 The widow Mary Thompson House, also referred to as Lee’s Headquarters. This one and a half story stone house was occupied by the widow Mary Thompson during July of 1863. Of approximately 30 scenes photographed by Civil War photographer Mathew Brady and Co. a week and a half after the battle, four were taken in front of this dwelling.This view was taken facing northwest in July, 1863.