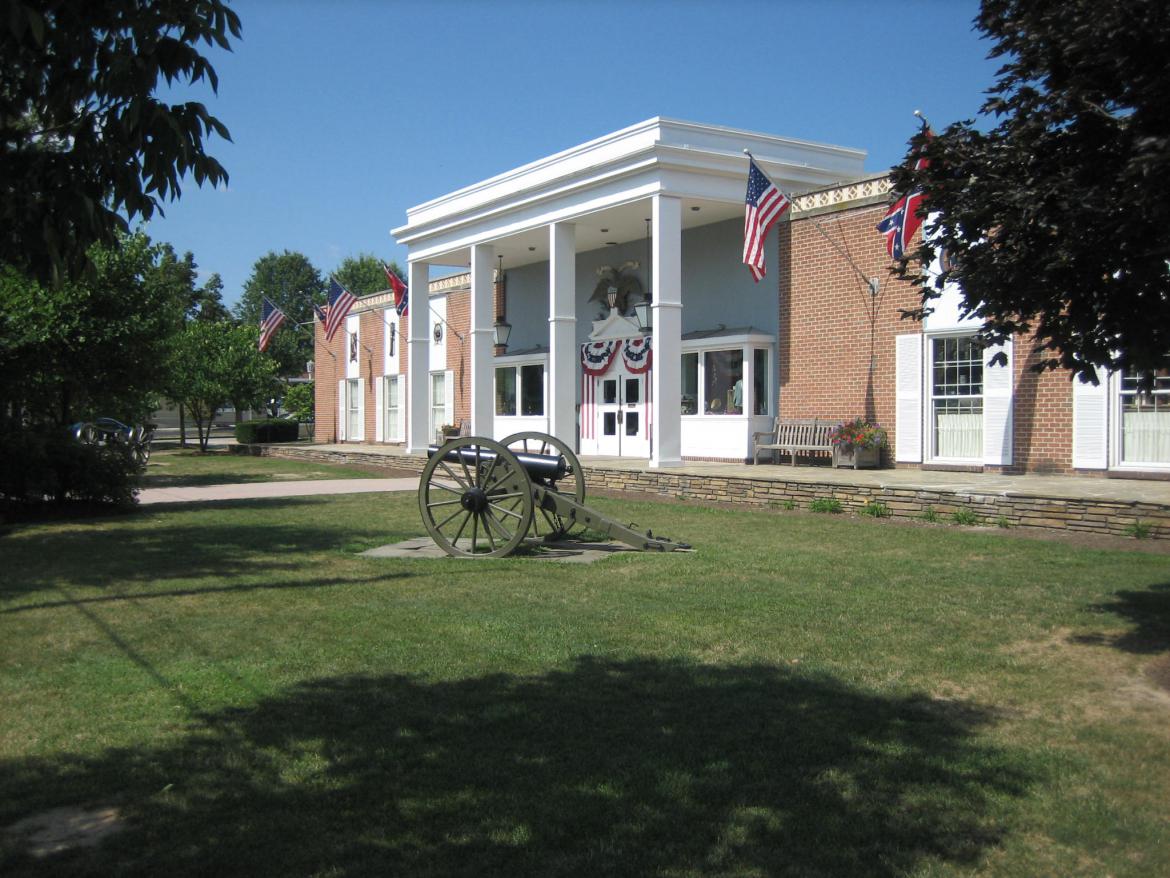 The day after a Civil War Reenactor was wounded by another reenactor in the foot at the Civil War Wax Museum on Steinwehr Avenue, the yellow tape was removed, and the area was no longer considered a “crime scene.” This view was taken from the northeast facing southwest at approximately 11:00 AM on Monday, August 4, 2008.

Although some reports indicated that that the reenactor at the American Civil War Museum in Gettysburg wounded himself Sunday afternoon, he was wounded by another reenactor. See our photographs of the scene from yesterday’s (August 3, 2008) post.

The dirt area in the front is where the tents were placed this weekend and most weekends before this. This view was taken from the southeast facing northwest at approximately 11:00 AM on Monday, August 4, 2008.