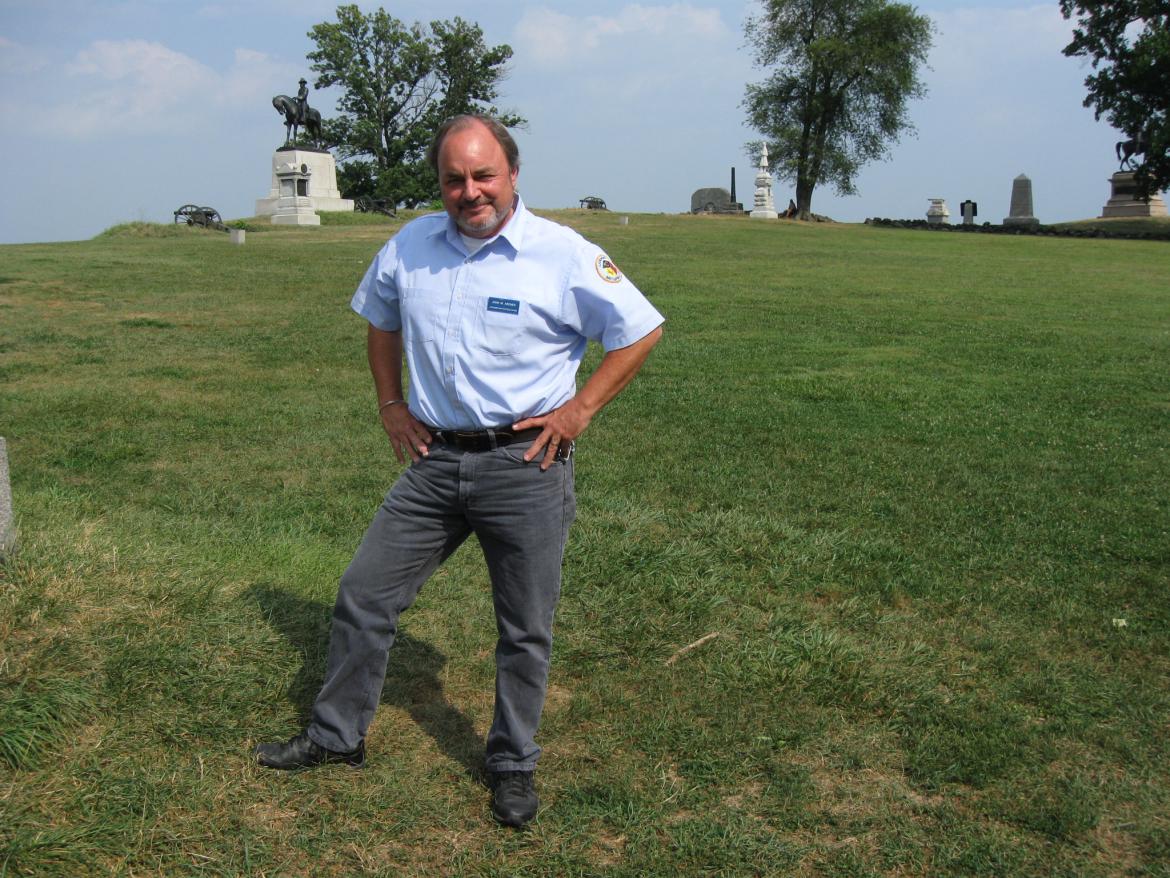 Though Yankee born and bred, Gettysburg Licensed Battlefield Guide John Archer dates his interest in the Civil War from his childhood discovery of Confederate ancestors on his family tree. He graduated from the University of Hartford where he received a B.A. in Psychology. After 25 years mixing music as a sound engineer, John rediscovered to his Civil War roots, and moved lock, stock, and barrel to Gettysburg in 1995. He has researched and written articles for Gettysburg Magazine, Civil War Times, America’s Civil War, and Blue & Gray. His first two books, East Cemetery Hill at Gettysburg, and Culp’s Hill at Gettysburg are interpretive guides to these less understood areas of the battle. His first work of fiction, After the Rain: A Novel of War & Coming Home, is due to be released this fall. In addition to serving as a Licensed Battlefield Guide, John is also on staff at Gettysburg College. He resides in Gettysburg with his wife Darlene.